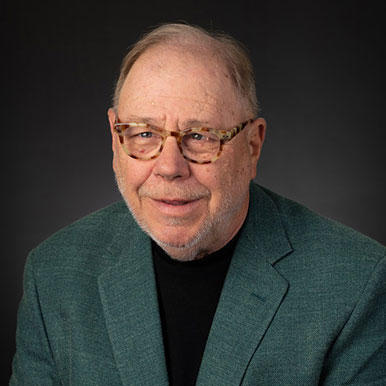 Tony Guthrie is Executive Chairman of TMI Holdings, Inc., and Chairman of TMI Trust Company . Tony provides executive leadership for all of the company’s fiduciary activities. He has more than 42 years of experience in banking and finance.

Prior to joining TMI Trust Company, Tony held several positions at Reliance Trust Company since 1993. He most recently held the position of Vice Chairman of Reliance and had served in many executive leadership roles in the building of Reliance Financial Corporation. In addition to his corporate board seats, Tony also serves on the board of the Association of Independent Trust Companies. 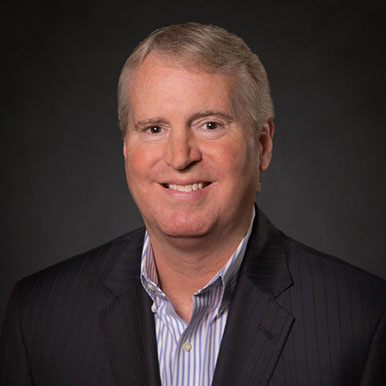 Steve Eason is the Chief Executive Officer of TMI Trust Company, responsible for all fiduciary products; including sales, marketing, service delivery, and financials for TMI. Throughout his career he has been an industry leader in corporate and public finance trust and agency services, which has spanned nearly 30 years.

Prior to joining TMI, Steve was the senior manager in charge of Public Finance and US Regional Expansion of Corporate Trust Services at Deutsche Bank for 13 years. He had additional roles, including the head of Global Debt Services Sales and also served on the board of directors for Deutsche Bank National Trust Company. Previously, Steve was the head of Corporate Trust Services at Wachovia.

Steve is a Certified Corporate Trust Specialist (CCTS) and has held that industry designation for more than 22 years. He has served on the American Bankers Association Corporate Trust Planning Committee at various times over the last 15 years. Steve has a Master of Business Administration degree from Indiana Wesleyan University and a Bachelor of Science degree in Economics and Business Administration from The University of Indianapolis. 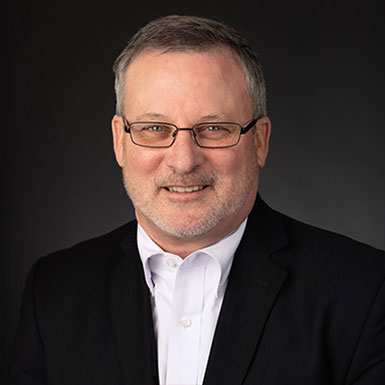 Prior to joining TMI, Dennis was a director and regional manager in the Corporate Trust Services department of Deutsche Bank. Prior to joining Deutsche Bank, Dennis was a manager for the corporate trust department of JP Morgan/Chase and was a new product development officer and client services officer of First Tennessee Bank. Dennis has previously served on the ABA’s Corporate Trust Committee. In addition, Dennis has practiced law and has experience in the financial planning, insurance, and real estate markets. 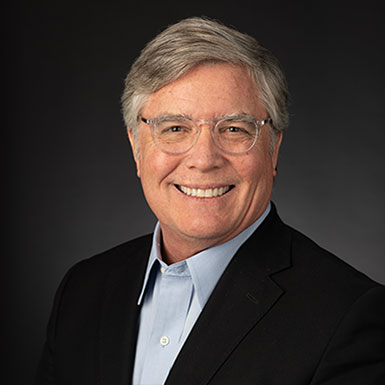 Mr. Rhein joined Salem Trust Company (now a division of TMI Trust Company) as Chief Operating Officer in 2012, and became President in 2017. Beginning his financial services career in 1978, his past experience includes senior management positions at Synovus Bank, Fifth Third Bank, and SunTrust Bank. Mark Rhein’s career has focused on developing and delivering client-centered programs for the banking, trust, and wealth management industries. His expertise blends a responsiveness to the changing marketplace with the practical needs of risk management and financial accountability.

To date, Mark Rhein has led a number of recent service enhancements for Salem Trust’s clients. These programs include global tax recovery service for clients who may have overpaid taxes on foreign investments, the client service report that compares Salem Trust’s actual service to self-imposed goals, a custom custodial services package for small and start up retirement plans, and an initiative to help protect clients from money market mutual funds not indexed to the dollar.

Mark Rhein holds a Bachelor of Arts with honors from Kenyon College, a Master of Business Administration in finance from Cleveland State University. He also holds a Master of Science with honors in financial planning from the College of Financial Planning. 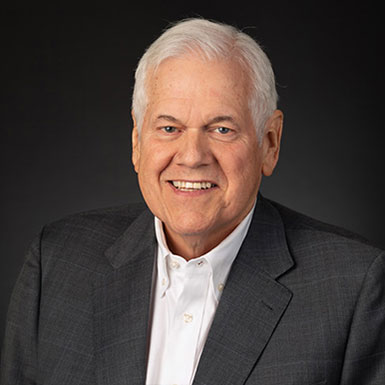 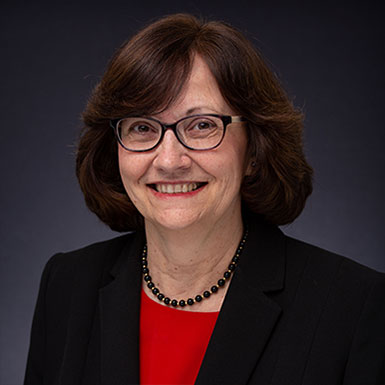 Deborah George is Chief Financial Officer at TMI. She is responsible for all financial reporting to executive management and to the board of directors. She also participates in creation of the company’s business and strategic plans and in merger and acquisition analyses. Deborah has more than 30 years of accounting experience.

Prior to joining TMI, Deborah served as comptroller and manager of the finance department at Reliance Trust, where she analyzed financial information and prepared financial reports for the directors and management. Prior to joining Reliance, she was an instructor of accounting at Georgia Northwestern Technical College. She has held positions with Joe Moore, Ernst & Young, and Haynes Moore Van Landingham & Finney.

Deborah has a bachelor’s degree in Bachelor of Science degree in Administration/Accounting from Berry College and an Associate of Arts degree in Business Administration from Dalton College. She holds a Certified Public Accountant (CPA) license and a Chartered Global Management Accountant (CGMA) designation. She is a member of the Georgia Society of CPAs and The American Institute of CPAs 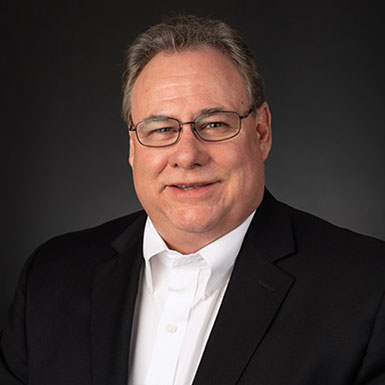 Chris Teevan joined TMI Holdings, Inc. as Vice Chairman in 2017 and has more than 37 years of diverse financial services management experience. Before joining TMI Chris was Executive Vice President and Chief Operating Officer of Reliance Financial Corporation, a subsidiary of FIS, where he held the title of Senior Vice President. Chris previously was the President of Reliance Operations Services, LLC.

Prior to joining Reliance Trust, Chris owned a family office management and consulting firm that focused on ultra-high net worth clients and provided customized investment services. He was a Director in the global equities division at Deutsche Bank and was Vice President of the financial institutions group for the Bank of New York. Additionally, he served as Vice President of investment operations for Equitable Capital Management. Chris started his career at The Bank of New York and was an Assistant Treasurer in the mutual fund transfer agent division.

Chris holds a Bachelor of Business Administration degree in Accounting from Pace University of New York. 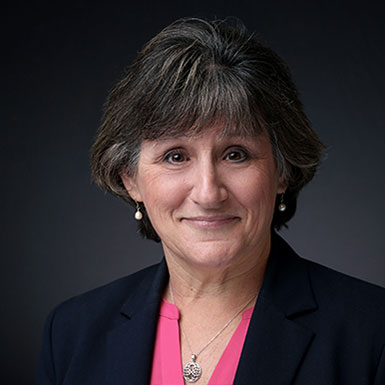 Dinah Contino is Chief Risk Officer at TMI. Dinah has more than 30 years of experience in the financial services industry.

Before joining TMI, Dinah served as director of compliance at Reliance Trust. She started with Reliance Trust in 1989, where she also managed the IRA department, the church bond operations area, and the investor services group. Her diverse background also includes experience within accounting, finance, human resources, and internal auditing.

Dinah holds a Bachelor of Business Administration degree in Finance from the University of Georgia. She completed the IRA Institute and has been designated a Certified IRA Service Professional from the Institute of Certified Bankers. Additionally, she attended the Tuck Gateway to Business Management Program at Dartmouth. 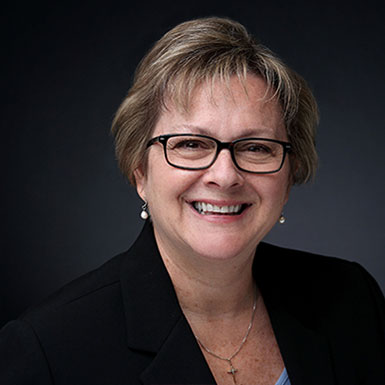 Kerrie Bernardo is an Chief Administrative Officer at TMI and oversees all Human Resources functions and duties for the company. Much of her experience with the company has been providing financial services support to churches, schools, synagogues, and other nonprofit organizations since 1980 when she began her career at Reliance Trust, eventually running the company’s church and nonprofit services division. 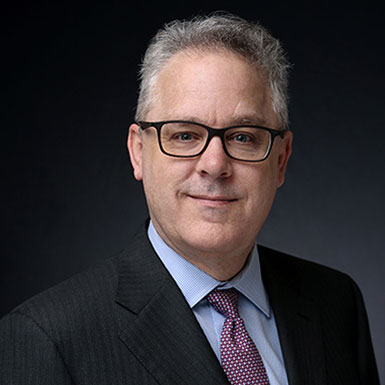 Kevin Dobrava is an experienced Corporate Trust industry professional with experience as a member of management, administrative, and leadership teams.

He has over thirty-four years of corporate trust experience, with an emphasis on municipal and corporate debt, developed through various working and management roles.

Prior to joining TMI Kevin was a Senior Vice President and Manager of Corporate Trust for The Huntington National Bank in Columbus, Ohio.  Prior to his position at Huntington Kevin was a Senior Vice President and Regional Corporate Trust Manager at Regions Bank in Birmingham, Alabama. Kevin also served in various management and relationship management roles at Wachovia Bank, Texas Commerce Bank, and First Interstate Bank of Texas.

Kevin has also served as a member of the American Bankers Association Corporate Trust Committee. 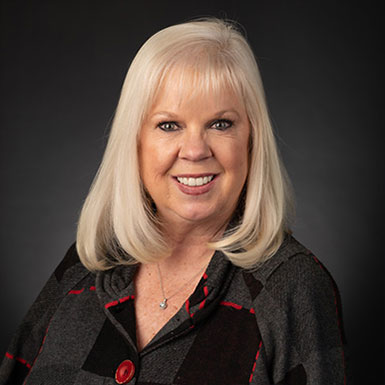 LeAnna Sharp is a Managing Director of TMI and has been with the company since 1986. She has served as a member of TMI’s board of directors and trust committee since 1991. She also served as TMI’s CFO from 1991-2014.

LeAnna majored in accounting at the University of Texas-Arlington, and prior to joining TMI, worked for a national accounting firm, and later as an internal accounting manager for a local accounting firm. She has served as a member of the board of directors and finance committee for the Fort Worth Metropolitan Y.M.C.A. and as a mentor to the Executive Woman’s Forum at Texas Christian University. She has completed the Personal Trust Administration School and Employee Benefits Trust School through the Financial Services Division of the Texas Bankers Association. 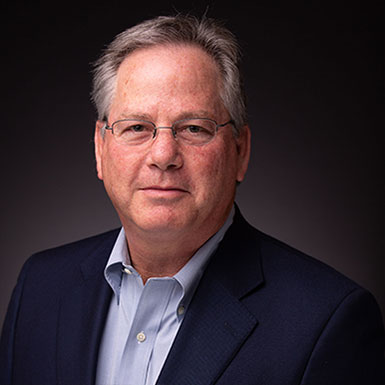 Mark has 35 years of investment related experience. Mark spent the prior 20 years as CIO of a nationally recognized institutional trust company.  Mark’s background includes equity research and security analytics, as well as portfolio management and investment consulting for high net worth, personal trust, retirement plan, and charitable accounts.  Mark also has related experience as a merger and acquisition analyst, and mutual fund wholesaler.

Mark holds a Bachelors degree in Finance from the University of Florida, with a concentration in investments, and a Master of Science degree in Corporate Finance from Georgia State University. While attending GSU, he worked at the Economic Forecasting Center with noted economist Donald Ratajczak. 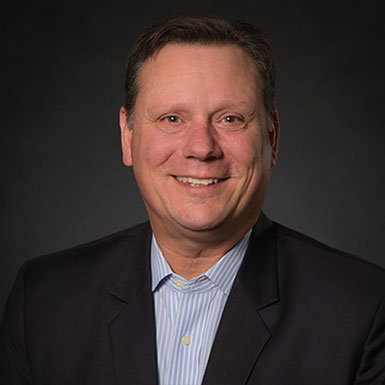 Mike Weber is Managing Director of TMI Trust Company and and is Head of Sales, Marketing, and Product Development. Mike has a 20 year history in corporate trust during which he has held leadership roles in sales, marketing, and product development. Mike’s background and experience includes consultative sales, channel management, integrated marketing, technology development, senior project management, and strategic planning.

Prior to joining TMI, Mike spent 14 years in the Corporate Trust and Agency Services group at Deutsche Bank National Trust Company in positions responsible for marketing, product development, and sales where he was instrumental in growing the Public Finance Trust Services division from 28th largest in the industry to 4th largest. Before that, Mike was the head of Marketing and Product Development for First Union National Bank’s Corporate Trust Group which became Wachovia through the merger in 2001.

Mike earned his undergraduate degree in Marketing from Northern Illinois University and his Masters of Business Administration in Finance and Commercial Banking from the University of North Carolina at Charlotte. 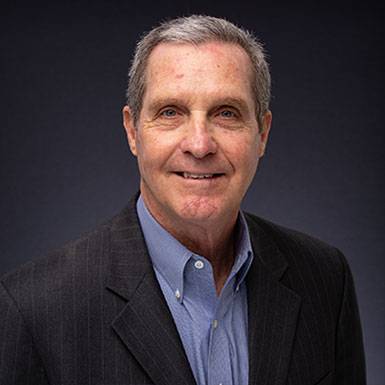 His career began selling five-acre tracts of land in a joint venture with former Georgia Governor Carl Sanders. In 1985, Mark shifted his emphasis to commercial land brokerage with Portman Barry Investments, where he was one of the top five agents within the company for four of the five years he was associated there. Since 1990, he has purchased and developed several significant properties in and around the Atlanta area, from single family cluster developments to the massive 1,600-acre lake and golf community, Mirror Lake, in west Georgia. He has been directly involved in the purchase, sale, and/or brokerage of well over 15,000 acres with a market value in excess of $200,000,000.

Mark is a licensed real estate broker in the State of Georgia and active member of Northside United Methodist Church.